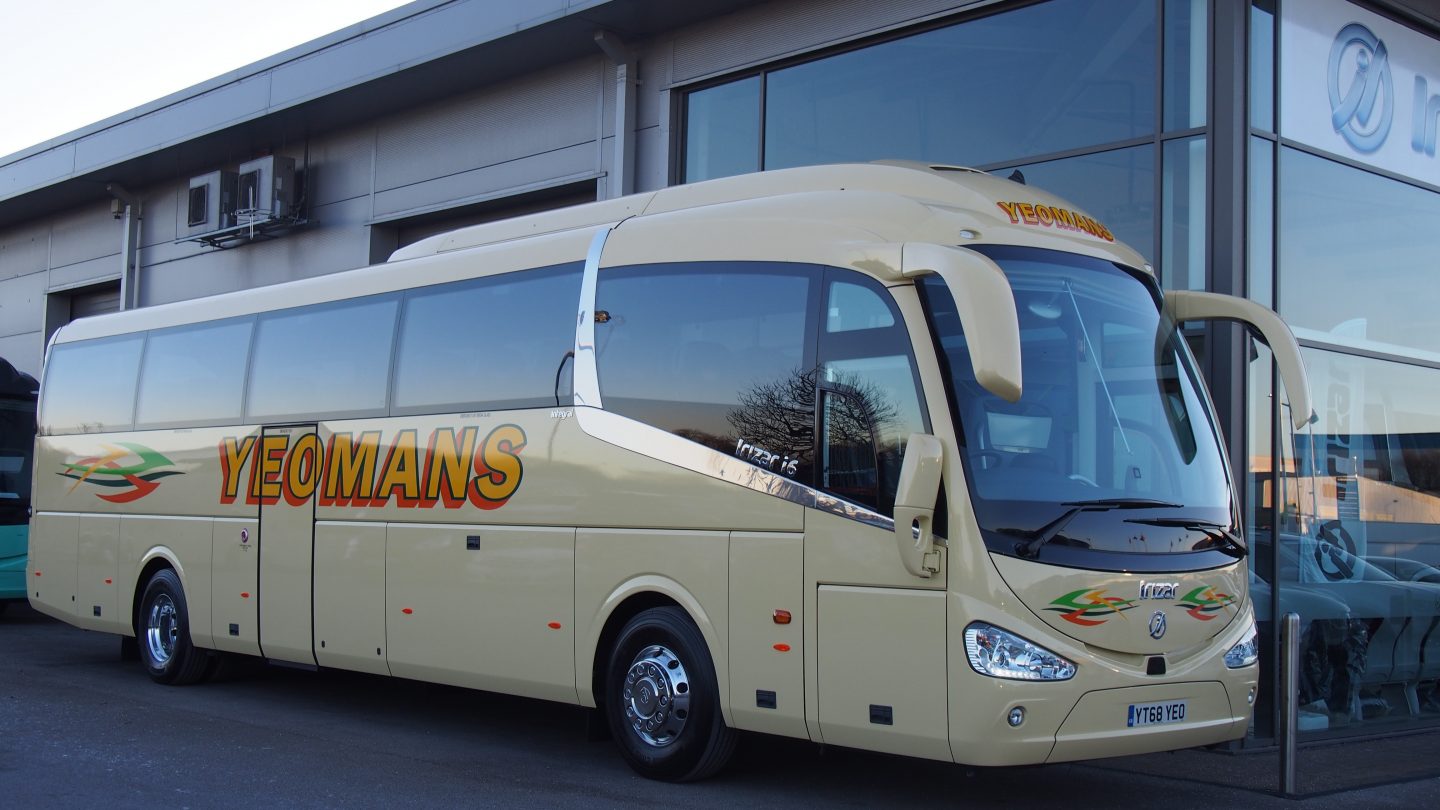 The 12.9-metre 53-seater is of identical spec to the i6 Integral that Yeomans Canyon Travel acquired in the middle of last year. Irizar’s ability to build a coach to meet the exacting standard that the operator requires for its touring and private hire operations is a key factor in the business relationship between the two companies.

Like its stablemate, the new coach features luxurious i6plus seating incorporating seat-back tables, and multi-position footrests. There is a central sunken toilet and a drinks machine. On-board entertainment is provided by an Actia DVD player with two monitors and Bosch Smart System audio, along with some USB power points for the passengers. Restful green interior lighting illuminates the saloon.

Externally, Yeomans has specified extra-tint windows, anti-chip vinyl, and rear side-marker lights, and the i6 Integral is powered by an advanced DAF MX-11 271 369 hp engine driving through a ZF EcoLife automatic transmission.

Yeomans Canyon operations manager Ian Davies said: “The previous vehicle more than met our expectations, so we were pleased to place an order for an additional vehicle of identical specification. We obtained personalized registration numbers for both coaches: last year’s is YT 18 YEO and this year’s is YT 68 YEO.”

Like all Yeomans Canyon’s Irizars, the new vehicle is maintained in-house by the company’s irtec-qualified technicians, with support from Irizar’s own technical team and the local DAF dealer always to hand if required. The company intends to keep the vehicle for its entire working life.

Yeomans Canyon can trace its roots in the country of Herefordshire back to 1920, when H H Yeomans of Canon Pyon started to take passengers into town for the Wednesday market using a cider lorry. By 1931, the company was operating 19 stage routes. Today it operates a mix of contracted and commercial services, schools and local contracts, and runs 29 National Express journeys to London each week, in addition to its own programme of UK tours and holidays and up-market private hires.  Next year marks the company’s 100th year of operation.

Current fleet strength is 56, and the ABTA-bonded company operates from purpose-built premises that were opened in 2008.